Our lives are extremely uncertain, and we never know what the next minute holds for any of us. Disasters occur which causes human suffering or imminently threatens lives or livelihood. Millions of people around the world are threatened with the consequences of extreme natural disasters and armed conflict. In countries affected by earthquakes, flooding, drought and violence, infrastructure is often heavily damaged, while the population suffers from a lack of food, shelter, medical care and future prospects. Many live in profound poverty, or find themselves forced from their homes to live as refugees, or displaced people in their own country.

Climate change adds a new dimension to community risk and vulnerability. Although the magnitude of these changes may appear to be small, they could substantially increase the frequency and intensity of existing climatic events (floods, droughts, cyclones etc). Current indications are that not only will floods and cyclones become more severe, they will also start to occur outside of their “established seasons”.

Geographically, Bangladesh is a land of disaster. Formed by a deltaic plain at the confluence of the Ganges (Padma), Brahmaputra and Meghna rivers and their tributaries, Bangladesh’s alluvial soil is highly fertile but vulnerable to flood and drought. More than 310 rivers and tributaries have made this country a land of rivers. Hills rise above the plain only in the Chittagong Hill Tracts in the far southeast and the Sylhet division in the northeast. Straddling the Tropic of Cancer, Bangladesh has a subtropical monsoonal climate characterized by heavy seasonal rainfall, moderately warm temperatures, and high humidity. Natural and manmade disasters such as floods including flash floods, cyclones and storm surges, tornadoes, river bank erosion, mild earthquake, drought, arsenic contamination, salinity intrusion, tsunami, fire, infrastructure collapse and landslides are among the hazards faced by Bangladeshis.

In addition to natural and man-made disasters, another crisis hit Bangladesh. More than 700,000 Rohingya refugees from Myanmar have fled to Bangladesh. This Rohingya refugee crisis is among the largest, fastest movements of people in recent history. The Rohingya, a mostly-Muslim minority ethnic group in predominantly Buddhist Myanmar, are escaping what the United Nations has described as genocidal violence that follows decades of persecution and human rights abuses.

Flooding into Cox’s Bazar district in Bangladesh, the refugees joined more than 200,000 Rohingya who had fled years before. Today, about 860,000 stateless Rohingya refugees live in the world’s largest and most densely populated refugee camp, Kutupalong.

Most of them have gathered in makeshift or spontaneous settlements. Poor nutrition, communicable diseases (including vaccine-preventable and water-borne diseases), injuries and other concerns such as mental health provide immense public health challenges. More than half of the refugees are children and they all speak about witnessing unspeakable violence. These survived children have been extremely impacted, both physically and mentally and yet they continue to live in terrible situations without access to sufficient food, water, healthcare or education.

Amal’s goal is to extend a hand in support of all individuals at any disaster. Amal identifies the needs of the people in the affected area, manages responders on the ground and at regional centers, and takes care of logistics and the supply of essential aid material.

During the acute phase of emergencies, we take advantage of opportunities to consult with local populations to find out what their needs are, discuss their ideas for rebuilding their communities, and make plans for the future. On the basis of this needs analysis and in partnership with locals, we develop plans for the improvement of water supplies and sanitation, the reconstruction of houses and public buildings, and the restoration of lives and livelihoods.

For the last 5 years, Amal has so far provided 300 water-wells to the drought areas and that gives the underprivileged access to clean water. Yearly winter kits are given to thousands of deprived people which contain blankets, sweaters, and other essentials to protect them from the cold and wind outside. Fire and flood victims are also supported by distributing aids to them such as food and medicine.We have furthermore helped the people who have lost their homes because of these disasters by providing them with tin and helping them rebuild their sweet homes and create even sweeter memories. We also arrange health camps for the victims where our efficient team of doctors and volunteers provide them with health checkups and distribute medicines to them. 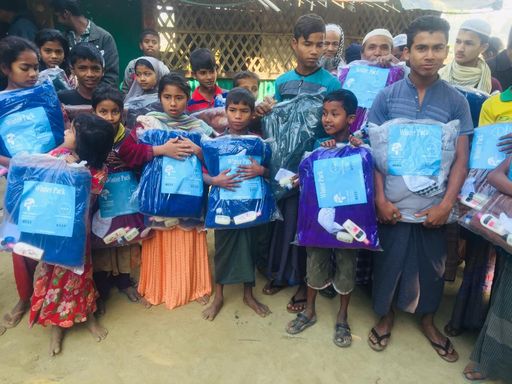 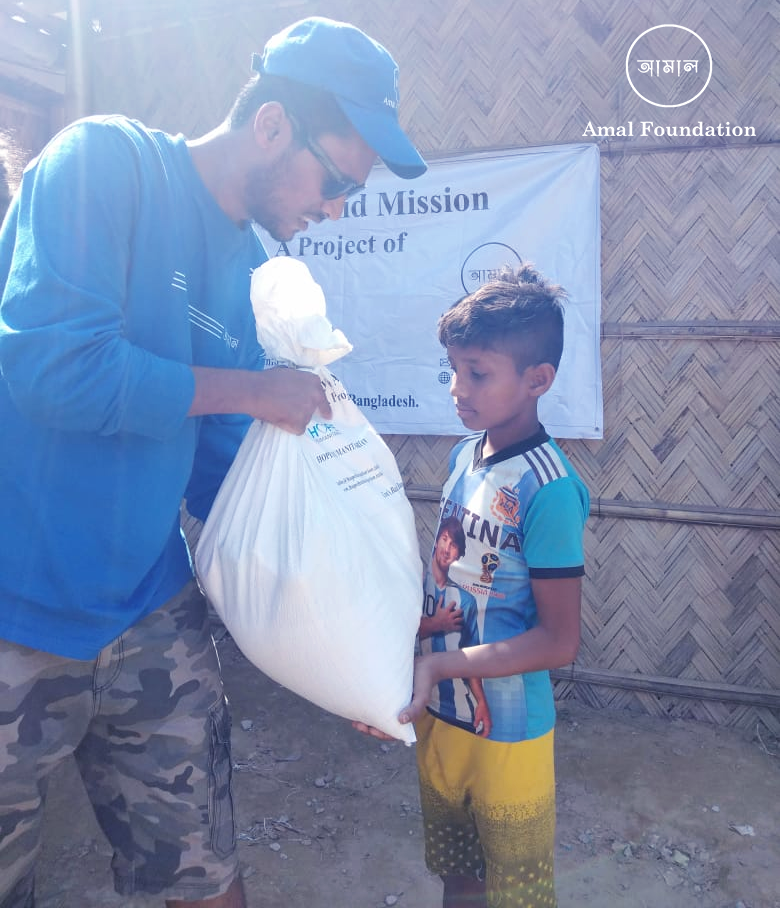 Ration Distribution To The Flood-affected People 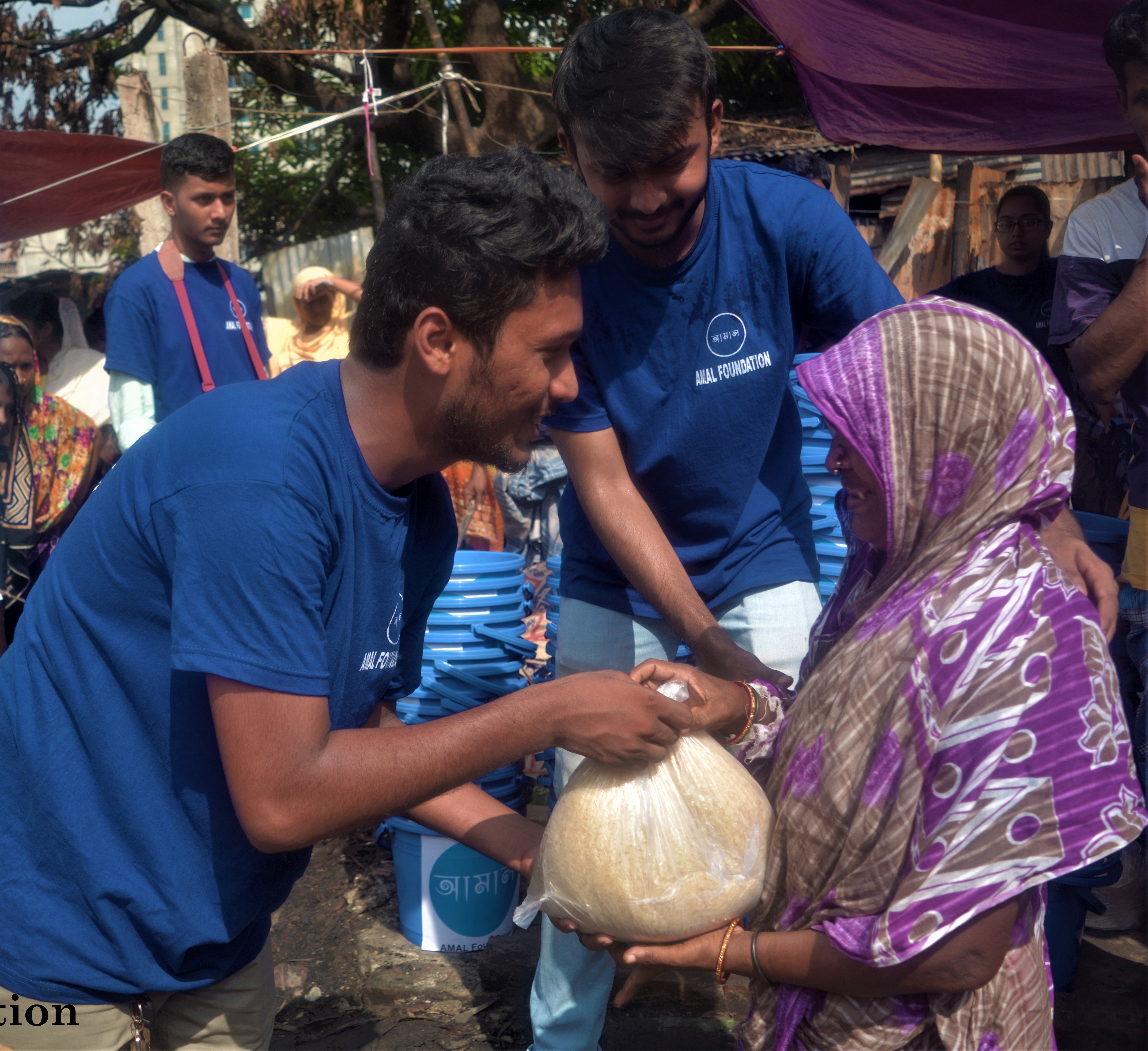 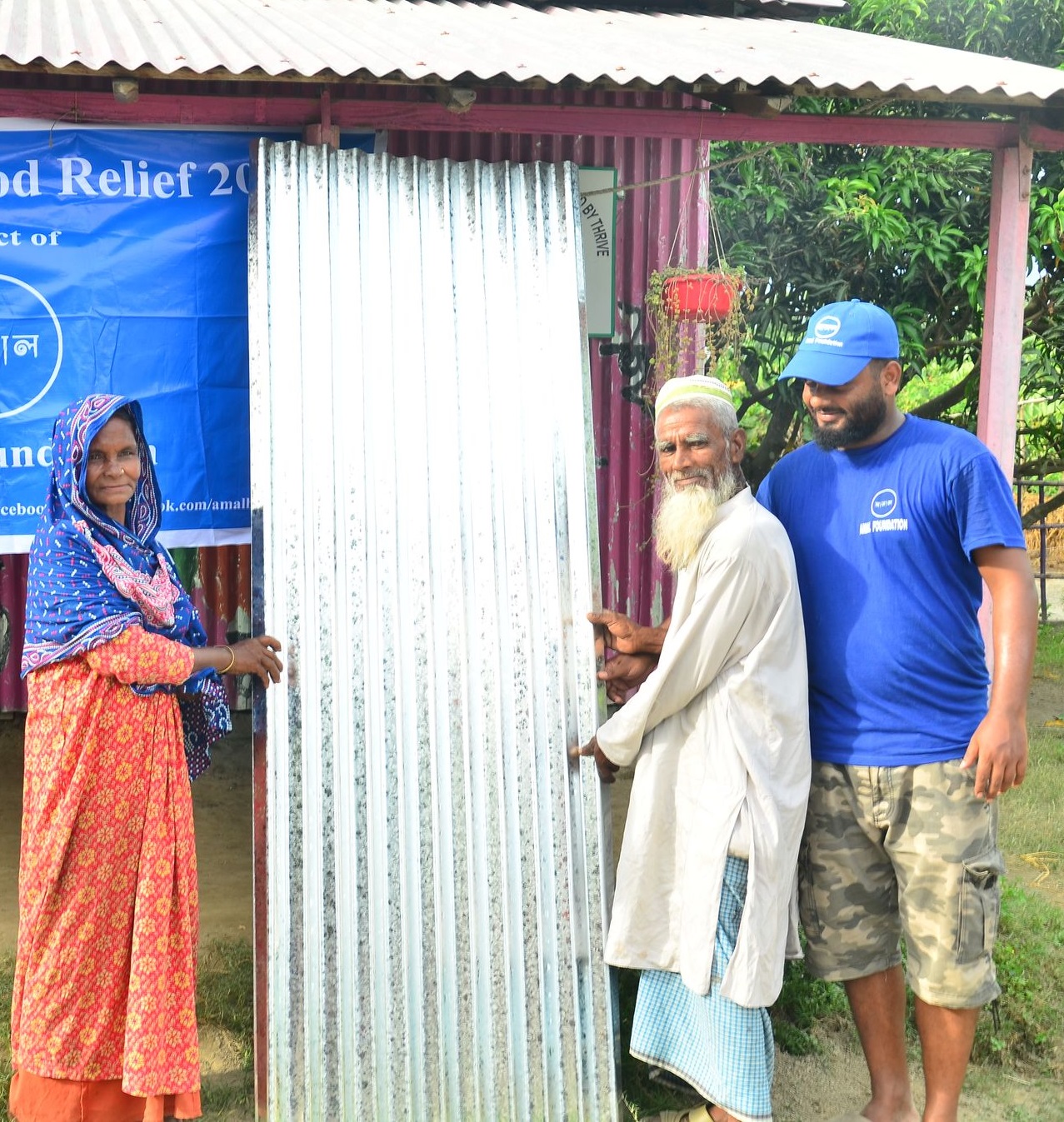 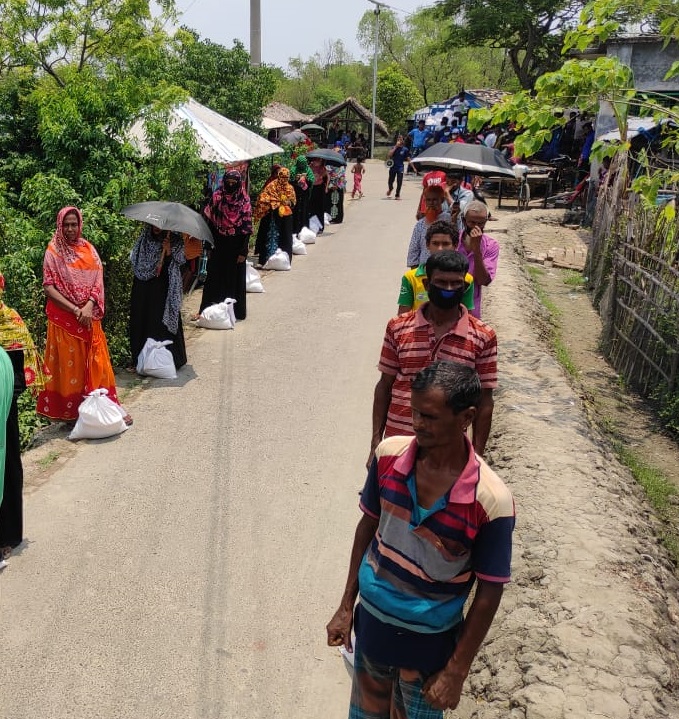 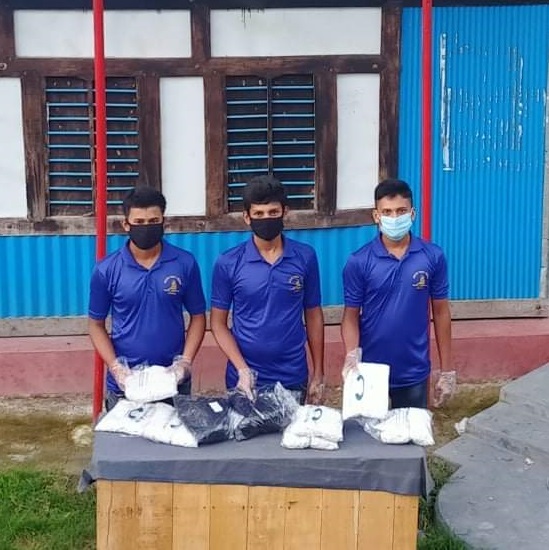 Mask Distribution To Protect Against Covid-19 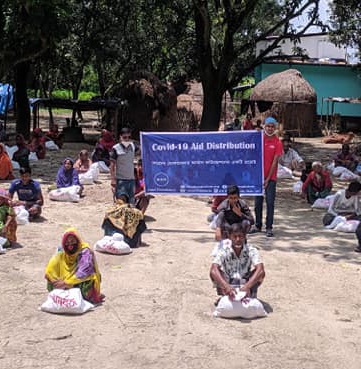 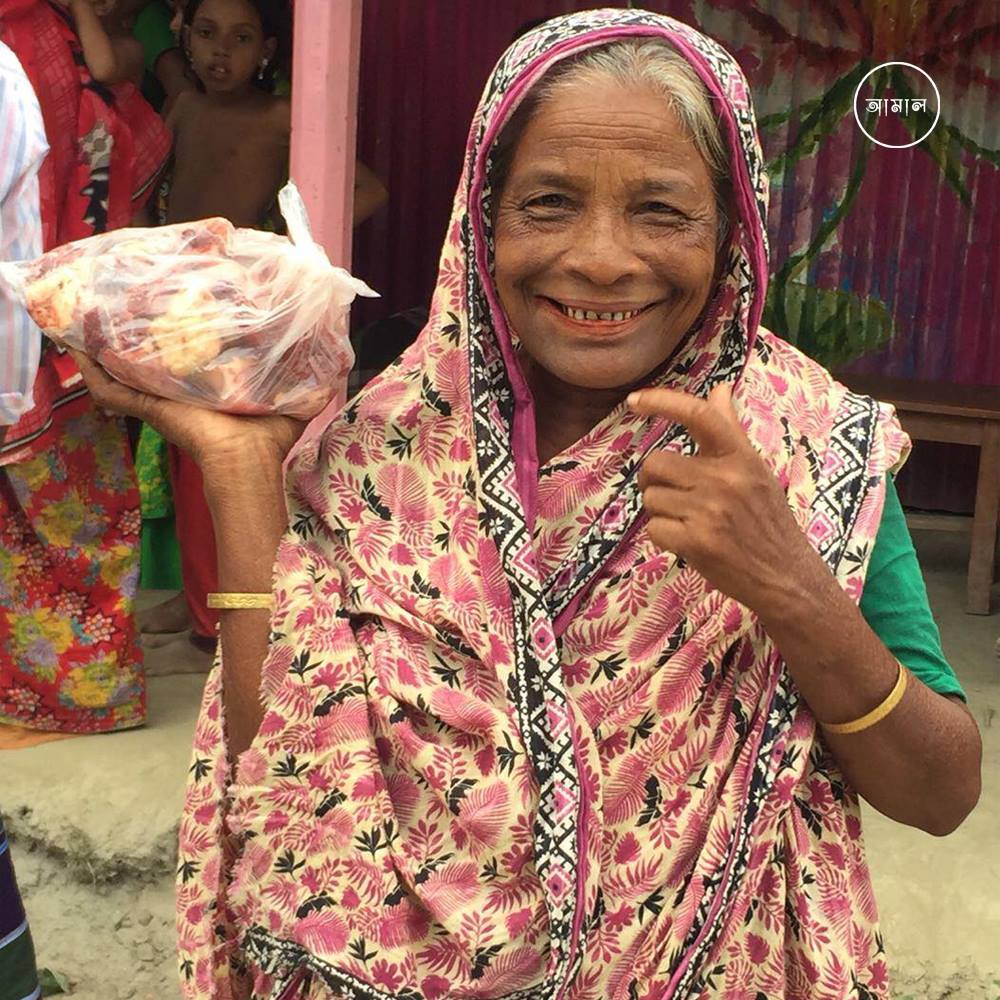 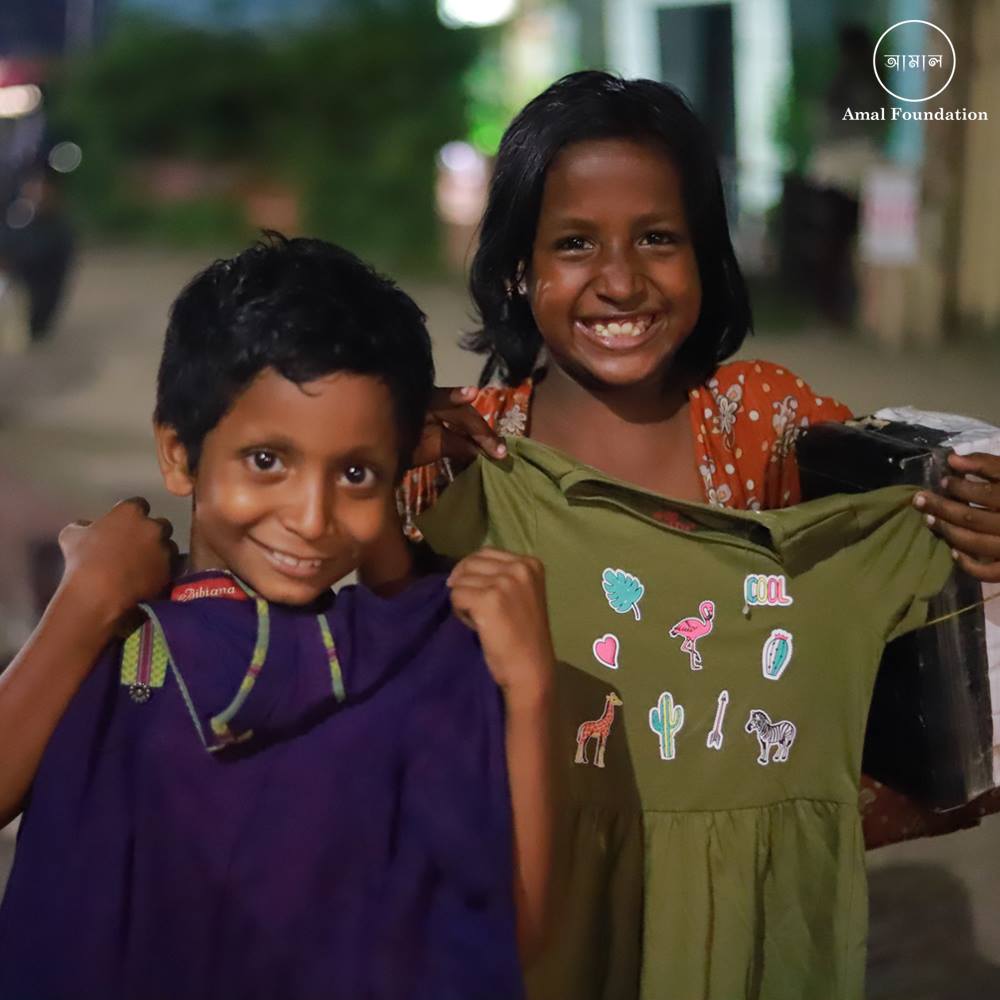